They're Not Azure Pipelines


You know what the best thing about being wrong (and admitting to it) is? You usually learn a whole lot more than you would have, had you been right.

I was wrong about GitHub Actions being just "Azure Pipelines baked right into GitHub". In my defense, I jumped to that conclusion after hearing that parts of it were forked from Azure DevOps. But after attending Edward Thomson's presentation about GitHub Actions at Microsoft Ignite 2019, I learned a great deal about how GitHub Action started and how it evolved to what it is today. 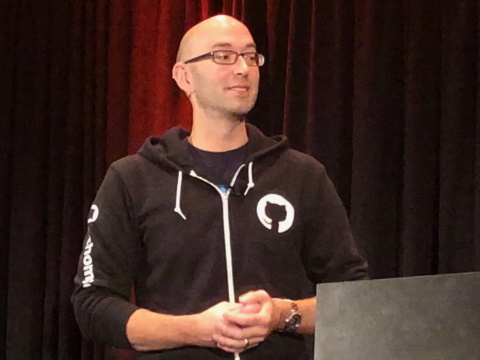 GitHub Actions started off as an alternative to GitHub apps. The initial goal was to allow developers to extend GitHub, just like you can with GitHub Apps. But with GitHub Apps, you need to supply the services yourself (serverless or otherwise). GitHub Actions, on the other hand, run on GitHub's servers, meaning that you don't need to set up your own infrastructure. GitHub Actions was perfect for doing "the little things" to maintain a repo, such as sending a Code of Conduct to new contributors.

But according to Edward Thomson, as GitHub Actions took off, the demand for more horsepower became apparent. People wanted to do Continuous Integration/Continuous Deployment (CI/CD) under GitHub actions, and building things takes CPU cycles. Furthermore, there were cases where it wasn't just a matter of compute power. For example, to build anything Apple, you need to do it on a Macintosh (with XCode installed).

The Challenge I Gave (And Accepted)

In my previous post I challenged myself to convert my existing Azure DevOps Pipeline into GitHub Actions. So how did that work out?

Overall, not too badly. I did setup a Continuous Integration (CI) action that successfully built the website when a commit was pushed to specific branches. Like its Azure DevOps Pipeline counterpart, it runs on an Ubuntu Linux image. Here's what worked:

Unfortunately, there were some differences that prevented me from completely switching over, at least in the span of a few days:

Here is my current YAML file that contains the build Action:

GitHub Is Not Azure DevOps, Either

In my last post, I also considered the roles of GitHub versus Azure DevOps, since they now share one more thing in common. But they do serve different purposes. GitHub is geared for Open Source projects, and from what I have been hearing here at Ignite, GitHub will (and must) remain neutral. It is not Azure DevOps, which is why you will only find the Azure tooling in the same place as all the other tooling -- right alongside AWS, Docker, and all the other third-party sites. Azure DevOps can promote the heck out of Microsoft Azure (which is probably why they renamed it in the first place), but GitHub is, always has been, and always will be a neutral place for open source projects.